The history of America is one of invention. From the garage experimenters to teams of scientists collaborating on some of the biggest inventions of our time, America has been a huge influence on the modern world as we know it. And that goes for coating as well, with many American coating innovations changing the industry for the better. They range from the seemingly simple, like being the first to use paint to mark out road surfaces, to the space-age innovations of the boffins at NASA

1. Photographic film: You press the button, we do the rest 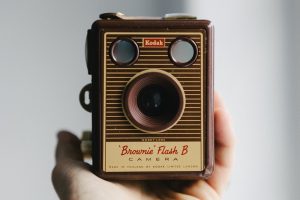 While photography today is as simple as holding up your phone and clicking a button, in the 1870s it was a long, complicated process. You had to coat a photographic plate in a gelatin emulsion, then immediately expose it and develop it while it was still wet. You even needed a portable darkroom. Enter George Eastman, one of the founders of Kodak, who determined to make photography portable and accessible.

Eastman read about new emulsions which remained sensitive even once dry, and set about making his own. He also invented an emulsion-coating machine, allowing the mass-production of his dry plates. Not content, Eastman continued working on his emulsion coating and his substrate till he developed the transparent films that we recognize today. His light-sensitive coating and substrate innovations led to the Kodak moment, and the liberation of photography from the few to the many.

2. Aerosol Paint: From radiators to Banksy

Spray paint has had an interesting history for one so short. Though it may now be associated with vandalism (and art), initially it was developed for a very different purpose. In 1949 Edward Seymour, the proprietor of a paint company in Sycamore, IL, was trying to find the right way to demonstrate his new aluminum coating for radiators. It needed to be an easy and fast way to paint. It was actually his wife, Bonnie, who suggested he use a spray gun, like those used for deodorizers. And so, Seymour compressed his aluminum paint into a can with a spray head, only to find that not only was it fast and efficient, it gave the coating a rather nice finish, too. 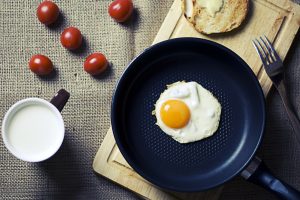 Teflon is around us everyday, from our breakfast to our cars.

One of the wonderful things about experimentation is the possibility of surprises. So Roy Plunkett found when he was attempting to make a new chlorofluorocarbon refrigerant in 1938. Plunkett was running an experiment with a gas under high pressure, and found that the bottle it was in was oddly heavy. When he pulled it apart its interior was coated in a strange, slippery substance. Plunkett had accidentally discovered Teflon.

Nowadays Teflon is an indispensible part of our lives. The polymer is slippery, non-stick, highly temperature resistant, chemical resistant and corrosion resistant. It is used for cookware, windshield wiper blades, coating hoses and tubes that transmit chemicals, and medical implants such as heart valves.

Chemist and coatings expert John B. Schutt’s job was to experiment and come up with super-durable coatings that could be sent into space. In the 1970s, he came up with a coating made from potassium silicate and zinc. When applied to steel, the coating protected it from corrosion, as well as withstanding high heat. Though it was never sent to space, it was used on the Kennedy Space Center, which was in dire need of protection from the salty, humid environment of Cape Canaveral, and the explosive heat of the rocket launches.

When you next gaze up at the Statue of Liberty, spare a thought for the fact that her continued existence is partly down to NASA and the wonders of coating. Specifically, 225 gallons of anti-corrosion coating. When the Statue underwent refurbishment, its metal interior was entirely coated in the NASA-developed coating, in order to protect it from corrosion and wear. And it isn’t just Lady Liberty who has benefited from the anti-corrosion coating. Bridges, pipelines, power stations, and even a statue of Buddha are protected because of Schutt’s experimenting. 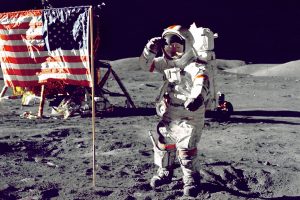 NASA is a huge driver of American coating innovations, as well as inventions like memory foam.

Before 1972, the ‘glass’ in glasses was exactly that, and when they smashed, that was real broken glass a mere inch from your eyes. In 1972, the Food and Drug Administration declared that all sunglasses and prescription lenses had to be shatter-resistant, forcing the industry to turn to plastics. Unfortunately, plastic lenses are incredibly easy to scratch.

Once again, we have NASA to thank for coming up with a solution. Scientists at the Ames Research Center were working on a water purification system for spacecraft, when they used a thin, plastic film on a filter. It was surprisingly durable, and they further developed it for astronauts’ space helmet visors. The license was bought in the 80s by sunglasses manufacturer Forster-Grant, and now this coating is applied to sunglasses, prescription glasses and industrial safety glasses.

What’s next for American coating innovations?

Some very interesting coating developments are currently emerging in fields like medical coatings and nano coatings. Scientists at Harvard are investigating an adhesive for use in surgeries based on the defensive slime produced by the European slug. The LiquiGlide coating system allows a substrate to be permanently wet, so ketchup slides straight out of the bottle. So next time you put on your scratch-resistant sunglasses or fry an egg, think about the scientists behind the coatings that allow these things to exist, or the astronauts looking through the same coating out in space.

Reduce the Cost of Compliance with an Emission Concentrator