The medical coating industry is just like any other, driven by innovation, technology, and the needs of consumers. By adopting new technologies, healthcare providers can improve quality and effectiveness, providing better treatments and better outcomes for patients. The future of medical coatings is bound up with the future of healthcare, and one which will affect us all. Lifestyle- and age-related illnesses are on the rise, and American hospitals treat nearly 134 million patients in their emergency departments and provide care to more than 544 million other outpatients each year. If or when you end up in hospital, there may just be a medical coating making the whole process that much better. And if you’re lucky, it could be made of spider silk or tears. 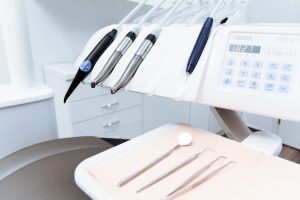 The future of medicine is an exciting prospect. While the technologies of Star Trek or regrowing limbs may be a way off yet, the medical industry is growing at a rapid pace. Medical coatings are a key segment of the healthcare industry, necessary for the protection of devices, implants, and equipment.

Coatings decrease infection, improve the performance and function of an implant, and reduce friction and discomfort. They are roughly sorted into anti-microbial, drug-eluting (releasing), hydrophilic and anti-thrombogenic (blood-clotting). Medical coatings are most often polymer, metal, or ceramic based, and are used to fight corrosion, bacterial growth, fungal growth, friction, and resistance.

Medical coatings that fight back against pathogens

Hospital acquired infections kill thousands of people in the United States each year. Implants, devices and equipment can all be responsible for introducing pathogens into a patient’s system. Scientists at the University of Georgia are developing a medical coating to fight back against device-related infections. The coating is a biocompatible polymer that not only restricts the growth of bacteria, but actively works to attack bacteria by mimicking the human body’s own immune responses. It releases nitric oxide, a gas produced naturally by white blood cells to fight bacteria. An added benefit is that nitric oxide prevents blood clotting too, so this coating could be used on implants or devices  to prevent clots forming, a problem with implants like vascular catheters. 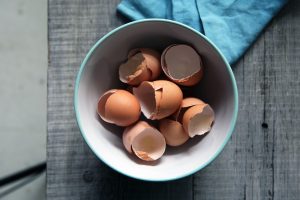 Egg whites contain an enzyme which is anti-microbial

The human body is a wonderful thing. With so many man-made scientific wonders, it is easy forget that our bodies are busily making their own protective substances. Well, researchers from the University of Limerick in Ireland have just found another; an enzyme contained in tears that generates piezoelectricity. Piezoelectricity is the production of electricity by applying pressure to a substance – quartz crystals in phones and watches work this way. The enzyme, called lysozyme, is found in egg whites, tears, saliva, and mammalian milk, and is also anti-microbial. In the future it could be used in electroactive, anti-microbial coatings for implants. Imagine a biomedical device powered by its anti-microbial coating!

Medical coatings made from primordial goo

One of the most important qualities of a medical coating is non-toxicity. It needs to be safely used in surgical and health settings, without causing any harm. Scientists at Australia’s Commonwealth Scientific and Industrial Research Organisation (CSIRO) have created a bio-friendly coating for medical devices which could radically improve their performance and acceptance by the body. Inspired by the original life-forming primordial goo, the scientists created a coating made of prebiotic compounds which, it turned out, cells readily grow and colonize. The upshot of this is that the coating is accepted by the body, reducing the rejection rate of medical devices. The coating can also be added to in order to make it anti-microbial, or more durable.

Spider silk was first cloned in 1990, and since then scientists have genetically engineered plants, E. Coli, silkworms, even goats, to spin out spider silk. By taking the proteins from spider silk and using it as a protein, a German spider silk startup called AMSilk has found a novel way to beat the body’s natural rejection properties. By coating breast implants with E. Coli-grown spider silk proteins, the German scientists made the implants virtually invisible to the immune system. The coating is also better than Teflon at rejecting bacteria. With these properties, spider silk could be used to coat hip implants, catheters, electrical implants, and even dental implants.

The future likely holds a hospital trip for all of us. With an aging population and a stressed healthcare system, the need for medical coatings is only going to increase. Medical professionals are looking for ways to make the industry more efficient, more effective, better for both patients and professionals. Decreasing hospital acquired infection and rejection rates, and increasing success rates and surgical possibilities all need coatings solutions.

Clean the Air with Smog-Eating Coating and Materials