The solar industry in the United States is growing at a record pace, in part because the cost to install solar has dropped by more than 70% since 2010. There is a change in the air when it comes to clean energy. With innovations in technologies and initiatives happening all the time, people are coming round to the benefits of clean energy and in particular, solar energy. Solar coating systems are getting better, more efficient, and more attractive, and in the long run they pay for themselves. 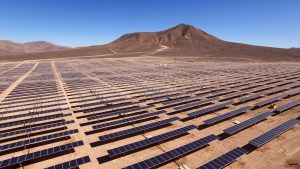 Solar cells could provide all the power needs for the US

Solar energy is a boom industry, and the demand for better product has been driving innovation. Teams of researchers the world over are working on solutions to make solar energy the choice for the future.

A future where solar cells are on every surface, from windows to cell phones, may be one step closer. Researchers at MIT have found a way to make truly flexible, low-cost, transparent solar cells. First they grew a one-atom-thick layer of graphene to act as the electrode, then encased it in a thin polymer coating. This they then stamped onto a substrate. This substrate could be glass, plastic, paper – imagine a solar laptop!

Researchers from RMIT in Melbourne, Australia have developed a truly revolutionary new solar technology: solar paint. The compound they used is called molybdenum-sulphide, which they combine with titanium oxide (a white pigment in wall paints). This produces a paint that absorbs moisture from the air and uses sunlight to split water atoms and harvest hydrogen as fuel. The paint uses the sunlight to create hydrogen, rather than transferring the sunlight directly into energy. The upshot is a paint that creates fuel. 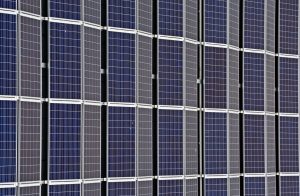 Tesla incorporated solar cells into their tiles, to create a roof both efficient and beautiful

In 2016, Tesla CEO Elon Musk announced his company’s newest energy innovation: the Solar Roof. Where traditional solar panels can detract from the beauty of a house, the Tesla Solar Roof integrates the solar cell with the roof tile itself, doing away with the need for clunky solar arrays. Designed to look like any old roof tile, these tiles are actually made of tempered and textured glass and conceal a solar panel within their design. Each tile is treated with solar roof coating, which controls solar heat gain, energy performance, condensation and provides the unique aesthetic.

Tesla is so confident of its Solar Roof that it is giving the tiles an Infinity Warranty – till infinity or the lifetime of your house, whichever comes first.

A solar-harnessing paint that could be applied to glass, whether windows or windshields, has been the focus of much research over the past decade. Universities and research labs across the globe are trying to crack the magic formula that makes solar paint truly possible. The basic idea behind photovoltaic paint is to make a paint that works like any other photovoltaic cell, by collecting sunlight and turning it into electricity. By suspending billions of tiny pieces of light-sensitive material (called quantum dots) in a flexible liquid (like a paint), you can make a sprayable photovoltaic material, and turn a wall or window into a solar cell. Researchers at Johns Hopkins University are working on exactly that. These products will be the future of solar energy.